“specification” communicates one or more System ideas and/or descriptions to an intended audience.
Alternative Names

Concept Number: *137
English Master: Specification
Synonyms, Variations & Acronyms:
Abbreviations [Specification *137]:
Spec: “Usually without a “.”. “Spec” is often used as if it was a word, rather than an Abbreviation.”

A specification is a formal, written Means for communicating information. 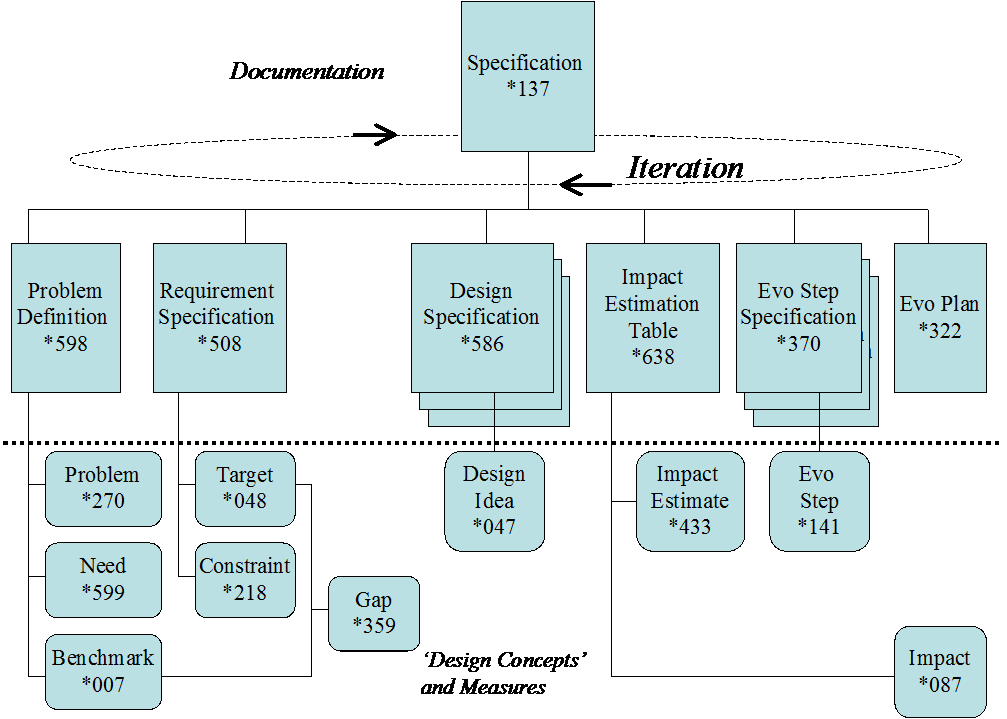 1. A specification is by definition written, but it could be temporarily oral with intent or capability of being written shortly thereafter.

2. The term “specification” can refer to a single element of a larger specification or to a larger set of specifications. It includes the entire set of Parameters and lines of text needed to specify an Idea.

3. The specification Concept can deal with Past, present and future; it is not confined to Requirement or Design-Specification.

4. There are many classes of “specification” including {Requirements, design, analysis (such as Value-Decision) and project plans (such as Evolutionary-Delivery-Plans)}.

5. “Specification” can be described as a Class of Document that is used to control the outcome of a project.


Origin:
SPECIFICATION (from Med. Lat. specificatlo, specificare, to enumerate or mention in detail), any detailed statement, especially one on which an estimate or plan is based, as the specification of a builder or architect. <-http://wordwizard.com/

This Concept entered by Adore Shuko.